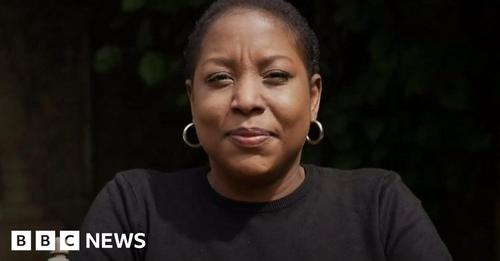 Recently we spoke to Anusjka Regis – one of the first people with sickle cell disorder to have a stem cell transplant.

Anusjka was diagnosed with sickle cell disorder at just a few months old. Living in Trinidad, Anusjka had a life full of pain and lots of hospital visits. Unable to take part in swimming and sports – like much of her friends and family – her life was very limited.

At the age for 20, Anusjka moved to the UK where she studied to be a nurse before having her first child in 2006. The pregnancy brought on a crisis, which resulted in her first child being born prematurely and both nearly dying.

The pain of sickle cell and effect of the disorder impacted her hips, which meant she was unable to stand for long periods. As a result, she had to stop her career in nursing.

In April 2022 Anusjka was one of the first people with sickle cell disorder to have a stem cell transplant. Her sister, who was a suitable donor, flew to the UK from Trinidad to give Anusjka her stem cells. The treatment meant that Anusjka was in hospital for 7 weeks in complete isolation. It will take Anusjka a year to recover. Speaking to her 4 months into the transplant she is sickle cell free and is ‘feeling amazing.”

Anusjka says; “I am no longer worried about my future. I have no pain and I will be able to return to career I loved without any fear of having to take time off due to sickle cell disorder.”

“Greater awareness is needed to others who suffer from sickle cell disorder can get the correct treatment. There are many different treatments available, and people no longer have to live in pain and suffering.”