News | Our Journey Our Story

Exhibition Launched on the History of Sickle Cell Anaemia in the UK at Black Cultural Archives. 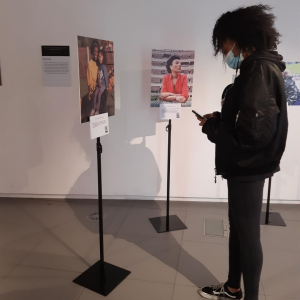 Our volunteer, Rachel Simpson, exploring the exhibition deeper by using the QR codes

The Sickle Cell Society launches 2021 with an exploratory exhibition on the history of Sickle Cell Anaemia, the NHS and the Black British community with Black Cultural Archives (BCA).

For the first time, the exhibition collects the testimonies and experiences of people living with sickle cell; photographs and archives about the history of sickle cell campaigning; and original art by Black artists.

Sickle cell affects approximately 15,000 people in the UK. People with sickle cell can experience pain, strokes, fatigue and many other symptoms, and it can be life-threatening. Sickle cell was misunderstood by doctors and underfunded for decades. 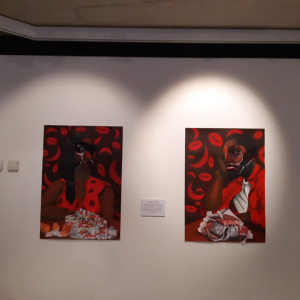 You and I, 2021 printed images on archival paper.

Against the backdrop of British Black Power, the first black MPs in Parliament, and anti-racist campaigning; patients, families, nurses and doctors campaigned for equitable treatment in the NHS, and better awareness of the condition. As an illness that was an object of fascination for geneticists and anthropologists as a marker of ‘race’, this exhibition seeks to turn that on its head and present the condition as it is seen, understood and managed by the people affected by it.

“This is such an important exhibition telling a story not often shared beyond the Black communities, even though sickle cell affects other racial groups. We’re proud to work alongside the Sickle Cell Society to raise awareness on this important subject.” – BCA Managing Director, Arike Oke

Our Journey, Our Story: History and Memory of Sickle Cell Anaemia in Britain 1950 – 2020 is available:

About the Black Cultural Archives
Black Cultural Archives is the home of Black British History, conceived in 1981 as a monument to hold space for the histories of people from across the African diaspora in British culture and history. We use our mission to collect, preserve and celebrate the histories of people of African and Caribbean descent in the UK and to inspire and give strength to individuals, communities and society. Our HQ is 1 Windrush Square in Brixton, London. At our HQ we run a series of gallery exhibitions, educational programmes and public engagement events. We provide free access to our unique set of archives, museum objects and reference library.

About Sickle Cell Disorder
Sickle cell disorder is a long term inherited condition that causes excruciating pain, can be life threatening, causes multiple problems such as specific severe infections, strokes, chronic fatigue, delayed growth and progressive tissue and organ damage. People are often admitted to hospital when they have a sickle cell crisis, given strong pain killers such as morphine to control the pain, intravenous therapy and antibiotics. Some require regular blood transfusions to help reduce the number of sickle cell crisis as well as prevent life-threatening problems. 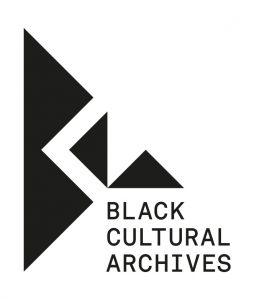