The Sickle Cell Society celebrated 40 years of working within the sickle cell community with a Gala Ball in central London.

The Sickle Cell Society, set up in 1979, has spent the last 40 years working to improve the lives of people living with sickle cell disorder and their families. On Saturday 14th September they joined with supporters, service users, patrons and celebrity guests at a glamourous dinner and dance to celebrate the progress that has been made. 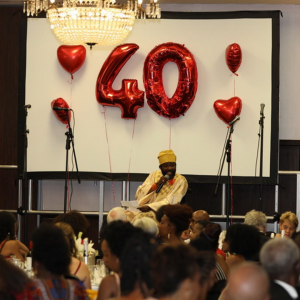 Hosted in the Royal National Hotel, the evening opened with a red carpet drinks reception before Chair of Trustees, Kye Gbangbola, opened the event with a powerful call to action for continued support and donations. The Master of Ceremonies, Chizzy Akudolu (Actress: Holby City, Dead Set, Jinx), then took to the stage to welcome guests and set the celebratory tone of the evening.

London rapper, and sickle cell advocate, A Star, then took to the stage to perform his new single, Hidden Pain. The song was produced in association with NHS Blood and Transplant and gives a powerful insight into living with sickle cell.

All the guests then sang happy birthday to Sickle Cell Society patrons: Baroness Floella Benjamin OBE and Rudolph Walker OBE. They both shared a few words about why they support the cause and congratulated the Society on 40 years.

The second performer for the evening was Soul/R&B singer and songwriter, Shaila Prospere, who gave a spectacular performance and also donated a few copies of her new album. 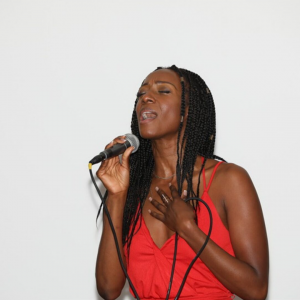 Next to the stage was Coronation Street and The Royals actress, Victoria Ekanoye. She gave two brilliant performances including an acapella rendition of Etta James’ At Last. She also spoke about her commitment to supporting the sickle cell community.

Founding member and patron, Professor Dame Elizabeth Anionwu then took to the stage to draw the winning raffle tickets for the many prizes kindly donated by supporters.

A fundraising auction was then held with unique gifts including: a signed Chelsea FC shirt, a signed Arsenal FC Banner, tours with both Lord Boateng and Baroness Benjamin of the Palace of Westminster and a copy of Monopoly signed by Mayor of London, Sadiq Khan.

The B Positive Choir

The Official NHS Blood and Transplant Choir and Britain’s Got Talent finalists, B Positive, then took to the stage to give a spectacular performance. Their two songs received a standing ovation and they gave a powerful message about supporting the sickle cell community by giving blood. 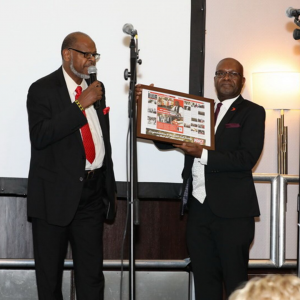 Garfield Robinson from the Voice Newspaper

Chief Executive, John James OBE, was then welcomed to the stage to thank those involved in making the evening happen and to say a few inspiring words about the next 40 years. Chizzy Akudolu then closed the formal part of the evening and opened up the dance floor.

A massive thank you to everyone who came to our 40th Anniversary Gala Ball on Saturday 14th September. We had such an amazing time celebrating with you!

Photos from our red carpet reception are now on sale! If you din’t get a chance to buy them on the day, make sure you get your copy now.

You can look through the photos and buy yours here: http://bit.ly/redcarpetphotos The event password is: Hotel

During the evening there were also other photos taken. You can see the gallery of all of those photos from the Gala Ball https://www.sicklecellsociety.org/galaballphotos/