I spent most of my childhood in and out of The Queen Elizabeth Children’s Hospital in East London. Twice (at the ages of 10 and 12) the hospital sent me to Banstead in Surrey to convalesce which was for a couple of months each time which meant that I had to miss school. Instead, I had to have my schooling there each day, five days a week as i was therefor many months. Every Sunday Mum had to catch the coach to visit me in Banstead.

When I left school, I told my family, my school friends and myself that it would be hard for me to get a job because of my illness. That was in 1974. By the grace of God I was offered my first interview. I got there early and was very nervous, I’m sure you know what I’m talking about. It was a Photographic Studio; there was a very well known photographer in the interview. I said “I suffer from sickle cell anaemia” and I was asked  “what is that?” Remember in 1974 not many people knew about sickle cell so I said “lets say I’m anaemic”. I left the interview and went home. After a few hours the telephone rang and it was a gentleman from the company, I was offered the job; it was one of the happiest day of my life. 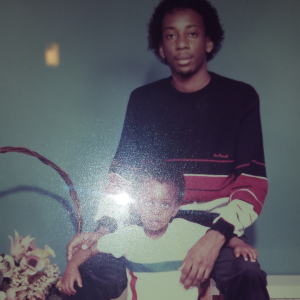 Basil with his son

After spending so much time in the hospital as a child and missing a lot of school it was a great feeling to finally get out in the real world as a man and get my first job. I worked there for a couple of years learning my trade as a Photographic Printer Assistant, Photographer and Messenger.

I managed to get three jobs after my first job, including starting out on my own as a commercial Printer. It was a challenge, hard work, but I enjoyed being my own boss. After just over a year my business folded, but it was a good experience. My final job was working for an Investment Bank. This involved doing shifts which I had never done before, it was very busy but the company gave me so much support. I had a fair few sickle cell crises and bleeds in my eyes. I had been working there for just over 10 years and my manager came to the hospital with me to speak to my consultant. He said “we know Nigel Basil is having a hard time lately but we would like to keep him as one of the staff” My doctor/consultant asked if they would cut my days down, which they did. 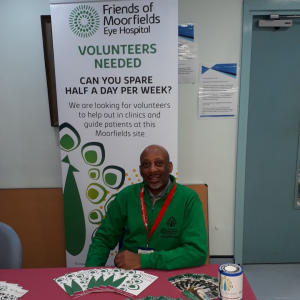 After my eye operation I decided to become a Volunteer for Moorfields Eye Hospital. My colleagues at work would give up some weekends to help raise money. We played football and snooker tournaments and my employer let me take time out to help out at the Moorfields. Ten years ago I was rewarded for the work I do at Moorfields so I had to go to the House of Lords. I took my father with me, he was so proud. It was really lovely we had tea there. I met volunteers from different places who were also receiving awards. I have two certificates in my bedroom for ten and fifteen years so I am looking forward to receiving one for twenty years. 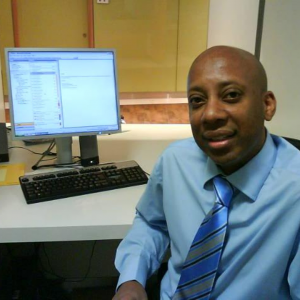 I worked at the Investment Bank for 23 years before I had to retire at the young age of 53 due to ill health. Retirement was very hard for me. I had been working from the age of 16 and when I was hospitalised. All I thought about was getting back to work, it kind off gave me strength. Having to claim Social Benefits, something I never done before, was a shock and I was given a hard time, it  even tipped me to the edge of depression.

In December 2015, I was admitted to Intensive Care at the Royal London Hospital were I spent 6 weeks. I had my Christmas and New Year in hospital and I was out for a few weeks but then back in again in February 2016 and back again in April 2016. Not too long after this, I was feeling a lot better so I started Volunteering at Moorfields Eye Hospital again. I even went out partying to various venues I go to now and again it was good up until I had another sickle cell crisis in October 2016. I went back into hospital as I was getting a lot of sickle cell pains and lots of different pains as well which I thought was really strange. After I spoke to the doctors they decided to give me a CT scan; I was a bit worried. After about a week I got a call from the hospital to say they had seen something on my scan and would like me to come in. They showed me the scan and said that we’re not sure what it was it might be something or it might not be anything. 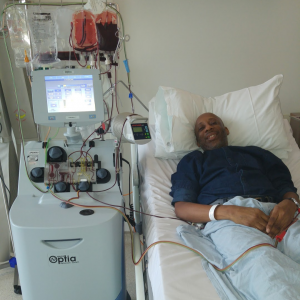 Basil having a Exchange Blood Transfusion at the Royal London

At the age of 58, they decided to do a biopsy and made an appointment for the 28th November 2016 so I didn’t think it was anything too serious. I had the biopsy in the first week of November and when I didn’t hear anything after a few weeks I thought it must be OK. Unfortunately, when I went back in on the 28th they said it was a Benign Pancreatic Tumour and it had to be removed. I felt like I had been hit by a bus; I felt so down at this time. A month went by and it came to Christmas. I spent Christmas with my family and they gave me so much happiness and support before my operation the following month. Being around my family helped me feel more positive and did me the world of good.

I also had to have my spleen removed and my first appointment was the 28th of December 2016. I had to have three jabs for that, see the anethisist and pre-op. I went to see the anethisist with my Dad and I told him I was a bit concerned and had even told my friend that I wasn’t sure if I could go through with it. He said to be positive and as time went by I was having lots of tests and scans because of my sickle cell. 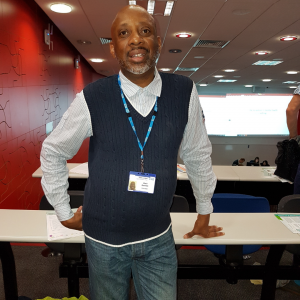 Volunteering for ELFT at a Mental Health conference at St Bartholomew’s Hospital.

I saw my surgeon about ten days before my operation and he said he was certain the operation would go well even though I have sickle cell. So I had my exchange blood transfusions the next week which was eight pints in and eight pints out but I was feeling really positive as when I went to the ward to have the transfusions I had started to gain some weight. I was looking forward to the 16th January to go into hospital to have my operation on January 17th 2017.

The day after the operation the surgeons came to do their rounds and they shook my hand and hugged me, telling me that I was very strong and doing really well. It just goes to to show that at 58 with sickle cell I managed to get through a major operation. As you can see in the picture’s of me I’m back to good form. 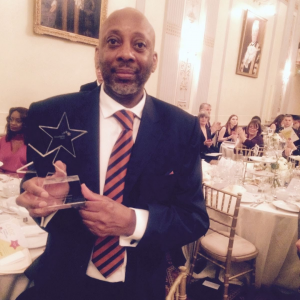 This goes to show that you can try to have a career like I did and I managed to work for 40 years! I had to give up work due to ill health but I have been volunteering for the last 21 years. Never say you can’t do anything, at least try. You really will feel better for doing so.