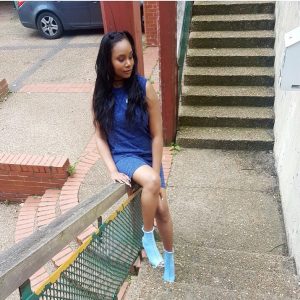 As I’ve said before, sickle cell can become a lonely and isolating illness. I find that when I’m amongst people I portray that I am OK as I don’t want to always be the ‘sick one’. I found that when I would really be down and be struggling I didn’t want to talk about it, I didn’t know how to talk about it, it was too real and raw to try find words. I found that I began to always say I’m OK as it didn’t prompt a convo about it, it was easier than talking about it it’s still something I do till this day.

As my sickle cell became harder to escape I found I would isolate myself because at the time it was easier. I still find it hard to fully explain sickle cell and the difficulties of it. I found that accepting my illness made it easier to speak about it. I believe having a strong support system or at least 1 or 2 people to talk to makes a world of difference. My #sicklecellfamily I pray for your health happiness hope and strength 💚