I was diagnosed with sickle cell since the day I was born and have had to learn over time how to cope with the disease. As I get older it has been very difficult managing as there is constant worry as to what I can and cannot do, coupled with the amount of medication I take being prescribed by the doctors. On another note, having sickle cell has been something that I had to learn to deal with throughout my life.

This year I have started travelling a bit more, which is something that I haven’t really considered because of my disease as I know and have learnt that having sickle cell can be very unpredictable. It is always a struggle for me to travel on a plane due to the lack of sufficient oxygen in pressurised cabins and high altitudes.

However, this year since talking to my mentor, June Okochi, who has sickle cell herself, and finding out that she travels a lot has made me feel like I could travel too. However, I try to limit my wanderlust to visiting countries in Europe as the flights are shorter from the UK and I feel much safer knowing this will sometimes not lead to me becoming ill.

I recently travelled to Berlin, Germany, and at the beginning of the trip it felt amazing as it was a time away for me to just relax whilst having fun at the same time. As soon as we arrived, I suddenly worried about my health and going into a crisis.

I was also concerned that if I did become ill that this would ruin the trip not just for me but for other people I travelled with. The anxiety I felt had started before I began to feel a crisis coming on.

On the 1st day of our arrival, we got to our hotel, got settled, relaxed for a few hours and was ready to explore the rest of the night and by explore I mean get something to eat, so that’s what we did. We had to take the train to get there, which is great as walking long distances is what I tend to struggle with the most. Once we got to the restaurant, we sat down at a table and got something to eat and everything felt fine – it was the moment we left the restaurant that I began to feel pain. So I took some paracetamol and Ibuprofen- everything felt fine at that moment and we continued to walk and explore bits of Berlin. 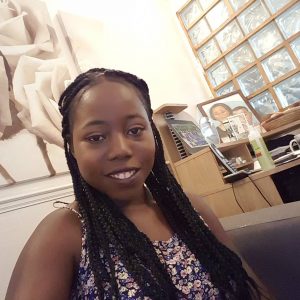 It was the moment we got on the train heading back to the hotel that I felt a crisis coming. So I took some more codeine which is obviously a stronger medication. As soon as we got back to the hotel I laid down and relaxed for a bit – this was when the pain had heightened and at this time it started to really hurt. So I applied some deep heat on the areas that began to hurt and then the pain had gotten out of control (which is a sign to get help) and I knew I couldn’t handle it anymore, I got my cousin to help me. She got a wet towel and put it on my back, arms and legs and it began to cool down during the night. I managed to get some sleep but still sickled until the next day. Knowing that the crisis had not settled the next morning, at that moment, I had to call for help from the hotel reception where they called an ambulance.

I became very concerned and anxious because I didn’t know whether or not the hospital knew anything about sickle cell, I didn’t know how they would deal with the situation or if they had the same equipment as we have in London.

All of these things worried me whilst being in a lot of pain and to make matters worse I was on my own and was very scared. I am only 21.

The ambulance had arrived and I immediately knew that they had no idea on how to deal with sickle cell. But what was worse, was the language barrier- I don’t speak German and from the look on their faces, I knew they didn’t quite understand how to treat someone with sickle cell.

However, I did feel that I was in safe hands and knew despite being in a foreign country that they would still care for me. I was taken to hospital and when I got better, flew back to London.

What I learned…after this experience and tips my mentor, June gave me:

Next stop- Jamaica, with my family.