The groundbreaking inquiry, led by Rt Hon Pat McFadden MP, Chair of the APPG on Sickle Cell and Thalassaemia, has found “serious care failings” in acute services and evidence of attitudes underpinned by racism. 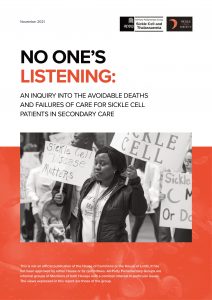 The ‘No One’s Listening’ report, which is based on the inquiry’s findings, is jointly published by the APPG on Sickle Cell and Thalassaemia and the Sickle Cell Society, a national charity that supports and represents people affected by sickle cell disorders.

Support the report by writing to your MP here: www.sicklecellsociety.org/resource/write-to-your-mp/

Key findings from the inquiry include:

The inquiry also found that these concerns have led to a fear and avoidance of hospitals for many people living with sickle cell.

While the inquiry did find that specialist haemoglobinopathy services are generally felt to be of a good standard, the report shows that this is far from the case on general wards or A&E departments. Care failings have led to patient deaths and ‘near misses’ are not uncommon. The inquiry heard that awareness of sickle cell among healthcare professionals is low, with sickle cell patients regularly having to educate healthcare professionals about the basics of their condition at times of significant pain and distress and that there is routine failure to comply with national care standards around pain relief when patients attend A&E.

Among the most notable of cases reviewed by the APPG was the tragic death of sickle cell patient Evan Nathan Smith in North Middlesex University Hospital in April 2019, which received renewed focus following the publication of the coroner’s inquest in April 2021. The inquest found that Evan’s death would not have happened were it not for failures in the care he received. The report highlights that high-profile cases of failings like these are sadly not isolated incidents and sickle cell patients all too often receive sub-standard care.

Worrying evidence of deep racial inequality in the healthcare system was found as part of the inquiry process. Sickle cell is a condition that predominantly affects people with African or Caribbean heritage and patients often reported being treated with disrespect, not being believed or listened to, and not being treated as a priority by healthcare professionals even during cases where urgent medical care was needed. Some patients shared examples of particularly overt racism. One patient said he has “had to deal with doctors and nurses openly being racist towards me and others … I’ve been called the ‘n’ word to my face and much worse”.

The report includes a number of recommendations and the APPG is calling on the Secretary of State for Health and Social Care, NHS England and NHS Improvement to prioritise taking urgent action. 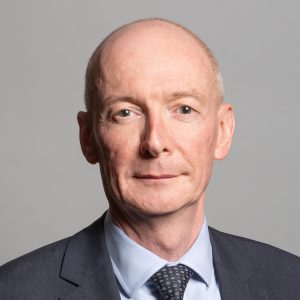 “This is the most comprehensive report on sickle cell care that our All-Party Group has ever published. It has shown us that whilst people living with sickle cell generally had high levels of confidence in specialist haematology departments, there was a big gulf between this and the experience of A&E departments and generalist wards.

One of the key findings in the report was the lack of communication between these two areas when treating people with sickle cell, this, along with tragic and avoidable deaths, has caused a serious and damaging impact on the levels of trust in the health system among sickle cell patients.

In preparing this report we took extensive oral and written evidence from sickle cell patients, clinicians and others. The report calls for a comprehensive transformation in the care of people living with sickle cell. It also reflects the frustration that many of these arguments have been made for a long time without a proper response.

I hope this report is taken seriously by the Department of Health and Social Care and by the NHS. This time, we want people to listen because the inequalities in health care highlighted in our report and the inconsistencies in treatment for people living with sickle cell have been going on for far too long.” 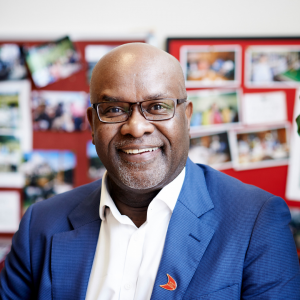 “The APPG inquiry’s findings are appalling but will sadly not come as a surprise to many people who have found themselves in need of urgent medical help for the symptoms of sickle cell.

I’d personally like to thank everyone who has given evidence and shared their experiences as part of this inquiry and particularly acknowledge the extraordinary bravery of the parents of Evan Nathan Smith who continue to fight so hard to prevent other families suffering from the loss of a loved one in such tragic and avoidable circumstances.

This report is an urgent call to action and should be a turning point that addresses these serious failures of care and secures long overdue improvements.”

The inquiry is the first of its kind as it featured oral evidence sessions with testimony from expert witnesses including sickle cell patients, patients’ carers and family members, clinicians and representatives from relevant healthcare bodies and over 100 submissions of written evidence from key stakeholders.

Support the report by writing to your MP here: www.sicklecellsociety.org/resource/write-to-your-mp/

The debate saw MPs discuss the findings and recommendations of the inquiry report, personal testimony from MPs with experience of family members and constituents with sickle cell, and a discussion of plans to make improvements.

People from across the UK joined to hear from Seyi Afolabi, our Parliamentary & Policy officer for SCTAPPG, who presented on all you need to know about our inquiry and how you can support, followed by an open opportunity for questions.

About the inquiry and the ‘No one’s listening’ report:

About the All-Party Parliamentary Group on Sickle Cell and Thalassaemia (SCTAPPG):

About the Sickle Cell Society: