This article reports interviews with six men and four women who have sickle cell anaemia. They are aged 21-33 and have all had further or higher education. They enjoy many activities, including being with and helping other people, reading, music, dancing and clubbing, cinema and theatre, and sport. Asked about “what is most helpful in your life?” every one mentioned family and friends, and four mentioned their faith in God. None saw themselves as victims, though they accepted extra help when they were ill.
They were asked “Is there anything you would like to change or improve in your life?” Only two people said “sickle cell”, but others talked about changing employers’ and society’s attitudes towards disabled people. Some would like to stay healthy, have fewer crises, and have more energy, or be more positive – or richer. On changing society, six people wanted more positive public attitudes towards sickle cell, and two wanted doctors to know what it is like to live with sickle cell. Five people mentioned racism.
Their future plans include getting qualifications or a better job, travelling, having a baby, finishing a book, finding a partner, or getting their own home and greater independence. Only one mentioned gaining better health. On being or becoming a partner, three are happy in their relationships, the others would like to find the right person, but seemed happy being single. Nobody mentioned sickle cell as an obstacle to a relationship beyond needing someone who understood about the condition. Nearly everyone said that they would appreciate the support of a partner, but only if they could give as much in return. On being or becoming a parent, the three parents were very positive, and did not mention any problems from sickle cell. Some others were keen to have children, but two thought that having and possibly passing on sickle cell was a problem. On prenatal screening, only one person didn’t know about it. Everyone else thought it was important, two said it should be compulsory, and others said it should be optional. Proper information is vital, and some would consider abortion, but most of them saw screening as a way for parents to prepare properly for the coming child.

Comments This group may be unusually positive, although some of them have severe health problems. Even if they are unusual, they are important in giving a broader picture of the value and quality of their daily life. They challenge the social prejudices which, they believe, stop them from living as fully as they could. They helped to pilot socially-based, less medical interviews, to follow up later with larger groups. Views of sickle cell tend to be negative, dominated by medical accounts of illness. Prenatal counsellors may not know anyone with sickle cell, and may give unbalanced information. This research aims to provide a broader view of what it is like to live with sickle cell. 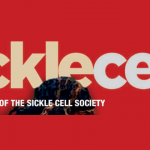