As the century grinds slowly to a halt, the challenge to improve the health of increasing numbers of patients with sickle cell disease worldwide (estimated at 12,000 in the UK by the year 2000) picks up tempo (1). Results of many exciting studies initiated early on in the decade became available to revolutionize the management of patients with sickle cell disease. They can be broadly categorised into:-
(a) those strategies which attempt to modify the clinical severity of the disease (Table 1)
(b) strategies which attempt to cure the disease

Available data suggests that patients with high foetal haemoglobin levels (HbF) have a milder clinical course and improved life expectancy (2, 3). HbF is thought to interfere physically with the sickling process. Attempts have been made to develop agents that will increase HbF production in patients with naturally low levels. Hydroxyurea is the first widely available agent to show promising activity and to be piloted in phase III studies in adults . It is the least toxic and most effective of the agents investigated so far .

In the large, randomised, multicentre study of hydroxyurea (MSH) evaluating 299 patients with severe sickle cell disease (defined as more than 3 hospital admission per year ) in the United States of America, hydroxyurea was shown to reduce by almost 50% the frequency of painful crises and the incidence of many of the acute complications, such as the chest syndrome (4). The results were deemed to be so conclusive that the trial was stopped 4 months prematurely and the results communicated as a” clinical alert” through the National Institutes of Health, USA. Other groups of drugs like erythropoietin, butyrates, valporoic acid and growth factors ( bone marrow stimulants) have been studied alone or in combination for their ability to increase HbF levels with less success. Hydroxyurea appears to have a good safety profile and its use has now been extended to children with sickle cell disease.The concerns about birth defects and toxicity has led to the setting up of an European register of sickle cell disease patients treated with hydroxyurea for patient monitoring (5). Hydroxyurea is not a cure for sickle cell disease so at present should be offered only to patients whose clinical condition is severe and who have been fully informed about this and other treatment options.

The tendency to form sickle cells depends on the concentration of haemoglobin S within the red cell relative to that of other haemoglobins present. Loss of water from the cells results in an increase in the concentration of haemoglobin S and an increased risk of sickling. The process of repeated sickling and unsickling within the cell generates toxic substances called “free radicals “which can irreversibly damage the cell wall and increase its rigidity thus shortening its life span (6). Drugs like oral clotrimazole (Canesten) and magnesium salts which can prevent this leakage of water by blocking the water channels and those which can neutralise the toxic effects of the “free radicals” generated like Vitamin E and rare minerals are widely available in the USA but less so in the UK (7). Their use has not been conclusively proven and their effect at best seems modest which limits their clinical usefullness and uptake.

There is compelling evidence that increased adherence by aggregates of sickled red cells to blood vessel wall lining occurs which results in tissue damage and blockage accompanied by pain. Animal experiments and preliminary observations (personal communication -Sergeant 1997) lead us to believe that blood vessel control may also play a role in the full picture of sickle cell disorders (8, 9). None of these strategies on their own will suffice to stop the sickling process and combinations of treatment may be required ( Figure 1).The next decade will surely witness an interest in the genes and drugs which prevent membrane damage, cellular dehydration, regulate blood vessel integrity and flow.

Blood transfusion remains a cornerstone in the management of patients with sickle cell disease. Those who have had to look after patients with strokes or acute chest syndromes will welcome the results of the STOP study ( Stroke Prevention Trial in Sickle Cell Anaemia) or the Chest syndrome study presented in December 1996 and 1997 in the United States of America which show convincingly that blood transfusion can prevent the occurrence of a first stroke in children and that the outcome for acute chest syndrome is improved by early red cell exchange transfusion (10). Both studies demonstrate the use of novel techniques for identifying individuals at risk of this devastating complications.The dilemma will be how to effectively produce matched blood in the quantities required for treatment while reducing the incidence of transfusion associated complications like iron overload, red cell antibody formation with consequent transfusion reactions, blood clots in implanted venous devices and blood borne infections.The problem will be minimised if ethnic minority groups take up the challenge to be blood donors and transfusion centres organise such activities tailored to the wishes of these communities.

Bone marrow transplantation is the only treatment option to date that offers the prospect of a cure (11). Approximately 150-200 patients have been transplanted with a 90-95% success rate. When employed, it should be undertaken early in the course of the disease before the onset of organ damage which reduces the chances of a success. Research is continually underway to identify new sources of “stem cells” (the parent cell of all blood cells) and better ways of isolating them for storage either from peripheral blood or from the umbilical cord of new born babies.

Our experience of carrying out transplantation is improving such that with time we may be able to push back the age limit which is currently 16 years.

Sickle cell disease has been the model disease for comprehensive genetic study. Although our knowlegde of the multitude of genes involved in blood cell formation has increased considerably within the present decade, gene therapy still remains a major challenge as we have not yet mastered the science of introducing a normal gene to completely replace or modify the effect of the abnormal sickle gene. At appropriate doses, hydroxyurea and growth factors can increase the number of circulating stem cells in patients for later use in genetic manipulation. In future ,itmay become possible to treat the same group of patients with hydroxyurea complemented by gene therapy with minimal attendant risks (12 ).

Any new treatment option must be carefully evaluated against the current sensible but suboptimal management of screening and supportive care of patients which includes prompt management of painful crises according to the “WHO step ladder fashion” of pain control, early penicillin prophylaxis in childhood, vaccination against certain infections. These strategies have been shown to have a major impact on morbidity and mortality.

We must congratulate ourselves both patient, family, carer, researchers and physicians alike. This resurgence of enthusiasm will open up avenues for a major breakthrough waiting to be seized. Indeed, the future for sickle cell disease in the next decade looks bright. 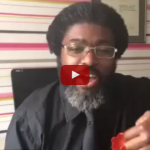 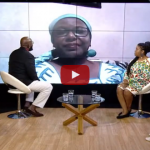 ‘Your Voice’ on Yanga TV – A Tribute To Richard Okorogheye 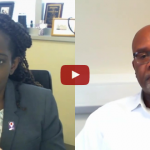 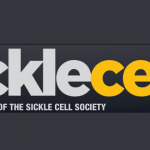