Book Review: The Politics of Sickle Cell and Thalassaemia

This book is a title in the OUP’s series on ‘Race’, Health and Social Care. It addresses specifically the perception of UK policy makers in response to the marginalized concerns of the two most common human blood genetic conditions sickle cell and thalassaemia, together estimated at well over 15,000 sufferers nationwide. The first of seven, chapter one usefully situates the plot, as the title chapter introduces the salient thread: “an account of struggle, emphasising its importance in gaining recognition of the (healthcare) needs of minority ethnic groups”. This is followed by a couple of chapters with factual information (demographic, scientific and clinical). It then critically analyses current health and social care provisions truly “placing patients and their families at the centre”, evidentially illustrating the gross inadequacies of present provisions. While nevertheless acknowledging “models of good practice”, it closes with a look to the future, challenging the key elements of the government’s contemporary NHS modernisation agenda, the MacPherson report on Institutionalised Racism and the Black and Minority Ethnic Voluntary-Sector Capacity-Building drive, which it would rather the reader considered as short-termist. The style is direct. The evidence is compelling. The scholarly work is awash with traceable references, (I lost count after 300!). Professor Anionwu and Dr Atkin echo Bradby, that “haemoglobinopathies would have higher priority if they were not seen as ‘black’ conditions”. Campaigners for Sickle Cell have over the years faced a subtle yet robust challenge of the politics of numbers, (marginalisation of minority), as they argue the case for meaningful operationalisation of the policy of Equality of Opportunity. The need to redouble efforts in this regard becomes increasingly apparent, because with sufferers now living longer, the lobby must intensify on quality-of-life issues and social inclusion. Even 19 pounds for a softback is a small price to pay for such a powerful arsenal, that takes the campaign to a level beyond the hitherto perennial awareness quasi-evangelisation. 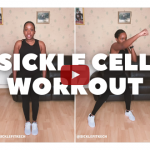 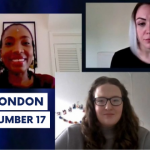 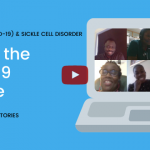 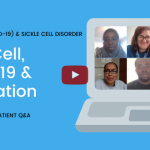