Testing Your Baby for Sickle Cell During Pregnancy

It is possible to test for the genes your baby has inherited.

There are two main ways of checking your baby for genetic problems while it is in the womb. These techniques are called amniocentesis and chorionic villus sampling (CVS). We explain how the tests are carried out, what sort of abnormalities can be picked up and what risks are involved.

We give general information only. If you want more detailed information about these tests or your personal circumstances do discuss the matter with your GP or hospital specialist.

The test involves placing a needle in to the womb through the woman’s abdomen (tummy) and obtaining a small sample of the fluid in which the baby floats (the amniotic fluid). Most women say that the test is not painful.

The amniocentesis test is usually carried out between 16 and 18 weeks of the pregnancy and can be done in an outpatients clinic without the need for an overnight hospital stay.

As part of the test an ultrasound scan is carried out to check whether twins are present and to see where the placenta and the baby are.

The fluid contains cells which have come from the baby and these cells are then grown in the laboratory so that genetic tests can be carried out on them.

What type of abnormalities can be detected?

Abnormalities caused by extra or missing chromosome material can be detected, the most common of which is Down’s Syndrome (trisomy 21), where babies have an extra chromosome 21 in every cell or their body.

In some cases, other disorders caused by a single abnormal gene can be found. At present tests for these are usually carried out only when there is someone with the condition in the family of the couple is known to be at risk for a baby with a particular genetic disease, such as cystic fibrosis, sickle cell anaemia or Tay Sachs Disease.

The amniotic fluid itself is also tested to measure the level of a protein called alphafetoprotein (AFP). The level is high if a baby has spina bifida, and this test picks up 95% of babies with this disorder. A detailed ultrasound scan is then carried out to confirm the presence of spina bifida.

What are the risks of amniocentesis, and how reliable is it?

The amniocentesis test carries a small risk of causing a miscarriage, about 1 in 100, but other complications are very unusual.

The amniocentesis test is a very reliable way of examining the baby’s chromosomes, but in order to obtain results the cells must begin to grow in the laboratory. Occasionally this does not happen and a further sample may be needed.

When is the result available?

Within three to four weeks if an abnormal result is found and the couple decides to have the pregnancy terminated, this could be done at around 19-20 weeks of pregnancy.

What is chorionic villus sampling (CVS)?

The CVS test is carried out earlier then amniocentesis – at around the 9th or 10th week of pregnancy, and again it is an outpatient procedure. Rather than testing a sample of the fluid of the mother’s womb, this test take a very small amount of material from the developing placenta.

One way of doing the test is to place a thin tube through the cervix (neck of the womb) to obtain the sample. Most women say that this is only slightly uncomfortable.

Another method is similar to the amniocentesis test, and involves placing a needle in the womb and using an ultrasound scanner to guide it.

What type of abnormality can be detected with CVS?

The sample contains cells that are of the same genetic type as the baby and so can reveal the same sort of disorders that amniocentesis discovers. Similarly CVS can detect rare diseases caused by abnormal genes, but thesetests will only normally be done if there is a family link with a particular disorder. Because no amniotic fluid is obtained the test cannot be used to look for babies with spina bifida.

What are the risks of CVS, and how reliable is it?

The CVS test has a slightly higher chance of miscarriage than amniocentesis, but it has the advantage of being able to be done earlier in pregnancy.

It is a relatively new test and there is not so much information on reliability as with amniocentesis. There is a suggestion that the CVS test may give a confusing result in a small proportion of cases, maybe one in 100.

In such cases it may indicate an abnormality where none exists. Although there is usually additional information which clearly demonstrates that the baby will be abnormal, where doubt still exists it may be necessary for an amniocentesis test also to be carried out later in the pregnancy.

There is also a remote possibility – around 1 in 1000 cases – that a chromosome abnormality will not be detected.

When is the test result available?

Normally just one to two weeks after the test.

What about future pregnancies?

If a couple do decide to terminate their pregnancy after either an amniocentesis or a CVS test, this should not affect their fertility in future pregnancies. The couple may well wish to be referred to their genetic clinic to discuss the risk of an affected baby next time.

If a mother’s blood group is rhesus negative, she should receive an injection after an amniocentesis or CVS to protect the present and future pregnancies.

Testing for the Type of Haemoglobin the Baby Has

Testing an unborn baby to see which type of haemoglobin it has can be done using either of these techniques although it is usually done by CVS because more cells can be collected. Later in pregnancy it can also be done by taking blood directly from the foetus. The cells that are obtained from all of these procedures can be tested directly for the presence of the sickle haemoglobin gene itself. 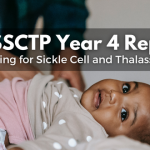 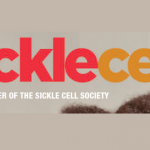