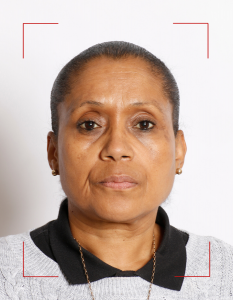 Where did I end in my last blog reflection? I think I was just coming to terms with being told that my hip operation had not been a success and that I would have go back to theatre and have a second operation.

Everyone around me was either upset or angry, I told them not to be angry but couldn’t really tell them not to be upset because that is exactly how I felt, upset. I had been walking for five days using a Zimmer frame and then using crutches while being encourage and praised by physios who thought I was doing so well.

There was questions going through my head that I needed answering and to be quite honest when I got those answers they were not what I wanted to hear. Mr. Murphy explained after apologizing that he had done this to me but I really did not and could not blame him fully. Yes he took responsibility for the failed hip replacement because he performed the procedure but I knew that there were things that also contributed to the unsuccessful surgery. I was obviously suffering from some form of osteoporosis that nobody had picked up on.

I know that now and suspected that after he told me that the implement went into my thigh bone because of the thinness and fractured my bone. Why was a bone density test not done before my surgery? I am a 56 year old with Sickle Cell Disease, suffering from Avascular Necrosis of the left hip, would that not be standard. No we are talking about the NHS, this is not a standard procedure and I was just another Sickle Cell patient going for a hip replacement that Mr. Murphy had performed many times.

However, excuses were made especially when I asked why it took so long for an x-ray to be taken. I was told it was not a standard thing for an x-ray to be taken after a hip replacement. I. knew this was not so as my friend had his hip replacement at Central Middlesex hospital and he received an x-ray the second day of his operation. I do not understand why some doctors or medical staff feel the need to lie to cover up when something goes wrong. Just admit that things could have been done better.

I think it is worse for sickle cell patients because we have been in the system for so long that we have that knowledge of how things are supposed to be done but are still to this day not always listened too. I knew that this was not really the time to deal with this, it was just making me upset and I wanted to preserve my energy for what lay ahead of me. Another visit to theatre for surgery by another surgeon.